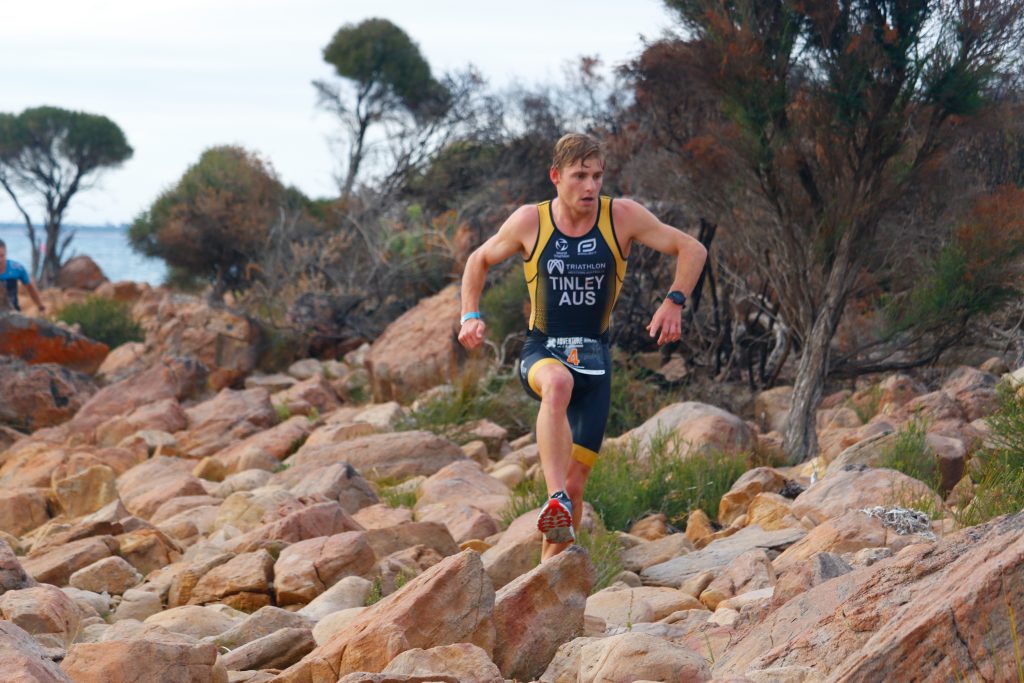 Hundreds of triathletes ventured down to Dunsborough, Western Australia, over the weekend of Saturday 2 to Sunday 3 April 2022 for the 10th year of the X-Adventure Dunsborough. Hosted by Rapid Ascent, the challenging course presented athletes with a fast-paced and picturesque ocean swim, off-road bike on the single tracks of Meelup Regional Park, and trail run through the rugged coastal terrain at Geographe Bay.

The Long Course X-Adventure was a 2023 ITU WQE and the 2021/22 Triathlon WA Cross-Tri Championships, with both a coveted state title and Triathlete of the Year (TOTY) points up for grabs.

In the Open Male field, young-gun Zeke Tinley (Bunbury) finished in a blistering time of 2:21:39 to claim the WA State Cross-Tri Title and valuable TOTY points. This performance keeps Tinley at the top of the TOTY ladder, with just one State Series race remaining in the season.

In the Open Female field, Dimity-Lee Duke (Bunbury) showed her mountain-biking prowess along the tough trails to cross the finish line in first place and claim the State Cross-Tri Title in a time of 2:53:19. Local legend Felicity Sheedy-Ryan (UWA) claimed second in the Open Female category with a great time of 3:11:42 and Katherine Ryan (Stadium) came in third with a time of 3:25:11.