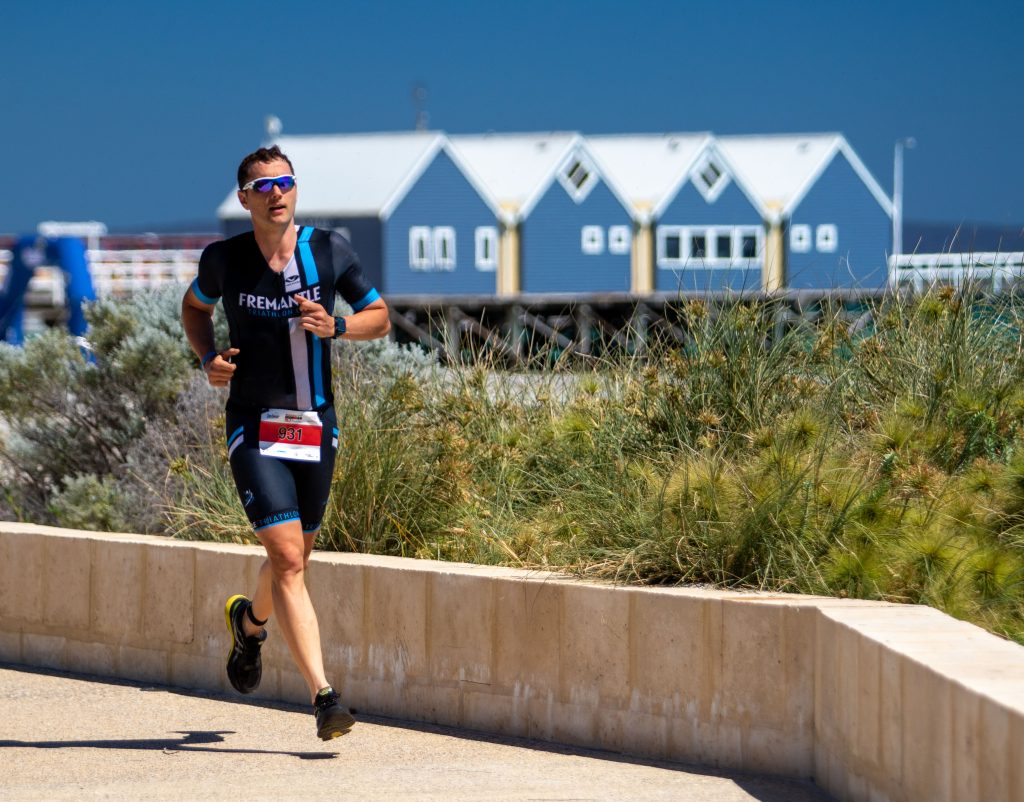 The SunSmart Busselton Festival of Triathlon is set to take place in WA’s beautiful southwest town over the weekend of 29 April – 1 May 2022. More than 1700 athletes will travel 2.5 hours out of Perth to participate in this iconic event that is now in its 21st year.

The Keep on Running Busselton Fun Run on Friday night features a 500m, a 1.6km and a 5km race with a significant prize up for grabs in the Open category of the 5km event. The Festival’s marquee event, the Busselton 100 will commence at 7:30am on Saturday, 30 April with triathletes swimming 2km alongside the iconic Busselton Jetty, cycling 80km through the stunning Tuart Forrest and running 18km along the gorgeous Busselton foreshore.

Current Open Male TOTY leader, Zeke Tinley (Bunbury) will be chasing the win to add to his tally, making him the only Open Male to participate in all nine races in the 2021/22 State Series. Seasoned triathlete, Guy Crawford (Fremantle) will also be vying for TOTY points so he can move up from third place on the leaderboard. James Martin (Bunbury) and Alex Stuart (Fremantle) will also be taking to the start line against young guns Kurt Wesley (North Coast) and Leighton Cook (UWA). Mark Radziejewski (Non-Club) will be stepping up to the Open Elite field for the first time in this year’s Senior State Series as preparation for the World Championships in Hawaii later this year.

There will be an impressive lineup in the Female Open category with reigning TOTY, Felicity Sheedy-Ryan (UWA) participating in her 6th Busselton Long Course event against Dimity-Lee Duke (Bunbury) who recently won the State Cross Tri Championship at X-Adventure Dunsborough. Adding to the fierce competition will be experienced triathletes Kate Bevilaqua (Fremantle) and Katherine Ryan (Stadium) who will be fighting for second place on the TOTY leaderboard. WA athletes Jude Millard (Non-Club) and Jessica Claxton (Team XTR) will also be chasing the State Long Course Championship title.

Excitement is building for this fantastic weekend of racing in Busselton! Triathlon WA is pleased to be presenting the last event on the 2021/22 season calendar and looks forward to announcing the TOTY winners at the Annual Awards on Sunday, 22 May at Ambrose Estate.

Friends and family who cannot attend the Festival will be able to follow all the action of the Busselton 100 and Aquabike events through the BlueChip Timing Live Tracker or the live stream of the finish line on the Busselton Festival of Triathlon Facebook page or Triathlon WA YouTube channel.