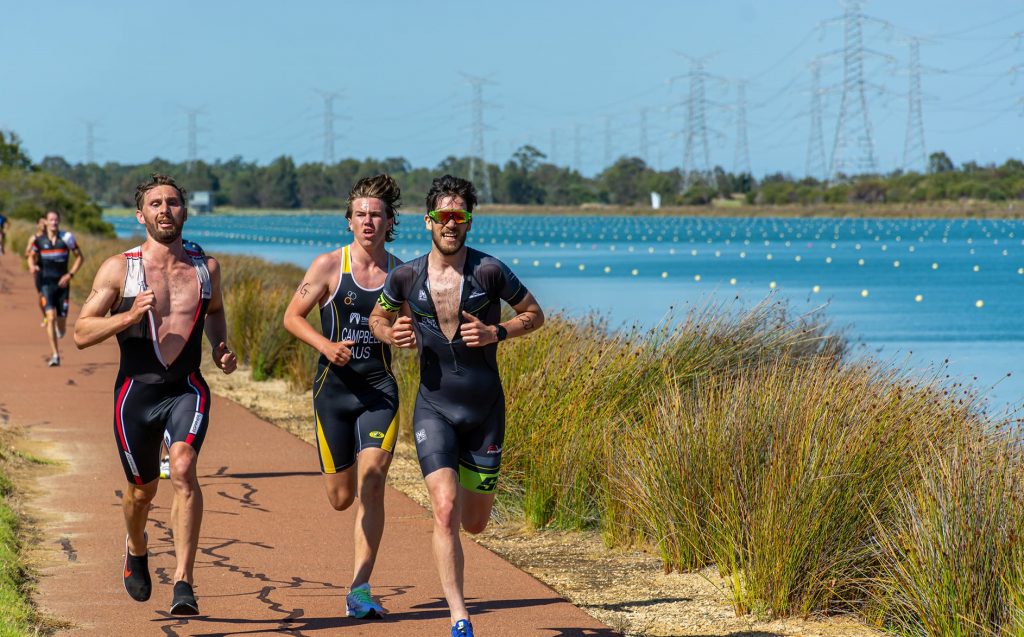 Hot Weather and Talent at the EXSS State Duathlon

The Duathlon State Championships event was held on Sunday, 24 October at Champion Lakes Regatta Centre. 200+ athletes participated in the EXSS Sprint Duathlon testing their endurance in the balmy conditions south of Perth.

Just like the weather, the talent was flaming hot out on the course. With Triathlete of the Year (TOTY) points on the line, both Senior and Junior athletes put on an incredible show of skills.

UWA Triathlon Club athlete Nick Thompson took out top spot in the Male Open category, claiming his spot on the TOTY leaderboard after withdrawing from the State Standard Championships earlier in the season. Hot on his heels was Matt Burton (Oceanic Triathlon Club) who crossed the finish line a close second, followed by Zeke Tinley (Bunbury Triathlon Club) in third. Both Burton and Tinley added to their round 1 success, currently sitting equal first on the TOTY leaderboard.

The next major event on the Triathlon Western Australia calendar is this coming weekend, with the Rockingham Spring Triathlon happening on Sunday, 31 October as part of the Interclub Series.