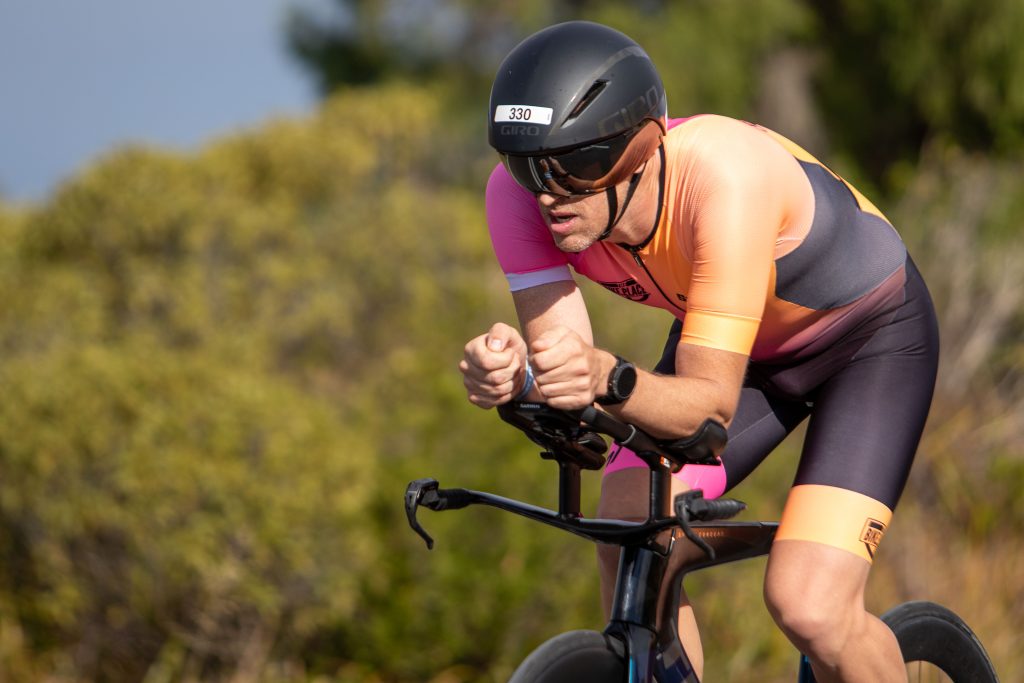 The SunSmart Busselton Festival of Triathlon presented by Triathlon Western Australia took place over the weekend of 29 April – 1 May 2022. More than 1700 competitors flocked to the beautiful Busselton Foreshore to participate in the Festival’s events with pleasant racing conditions. The 21st edition of the Festival looked slightly different this year with the inaugural SunSmart Busselton 100, two new Foreshore events and a Fun Run added to the agenda. Athletes and spectators alike enjoyed festivities in the Event Village including entertainment, food trucks and the Health and Lifestyle Expo.

On Friday 29 April, the Keep on Running Fun Run saw participants of all ages race at twilight through the 500m, 1.6km and 5km courses. There was prize money up for grabs in the Open field of the 5km distance resulting in an intense competition and sprint finish. The male winner, Sam Mileham beat runner-up Kurt Wesley by less than one second. The first Open female to cross the 5km finish line in a blistering time of 18 minutes and 33 seconds was 22-year-old Lauren Hyde-Cooling.

As the sun rose over the stunning south-west town on Saturday 30 April, over 1000 Individual, Team and Aquabike competitors were getting ready to race in the first ever SunSmart Busselton 100. At 7:30am, the first triathletes jumped into the frosty water and swam 2km alongside the iconic Busselton Jetty, an excellent platform for spectators to watch their family and friends giving it their all. Next, the competitors raced 80km through the striking Tuart Forest and finished with an 18km run along the gorgeous Busselton foreshore.

The SunSmart Busselton Festival of Triathlon’s marquee event was also the WA State Long Course Championship and the last race on the 2021/22 Triathlon WA season calendar.

Kurt Wesley (North Coast Tri Club) was the first athlete out of the water, followed closely by Guy Crawford (Fremantle Tri Club) and Nathan Saunders. James Martin (Bunbury Tri Club) had the fastest overall cycle time, but it was on the run course where the athletes were really put to the test.

Triathlon WA would like to thank the City of Busselton, SunSmart, Healthway, Tourism WA, Department of Local Government, Sport and Cultural Industries, event partners, supporters and volunteers for their contribution to a successful event. We look forward to another excellent event in 2023.