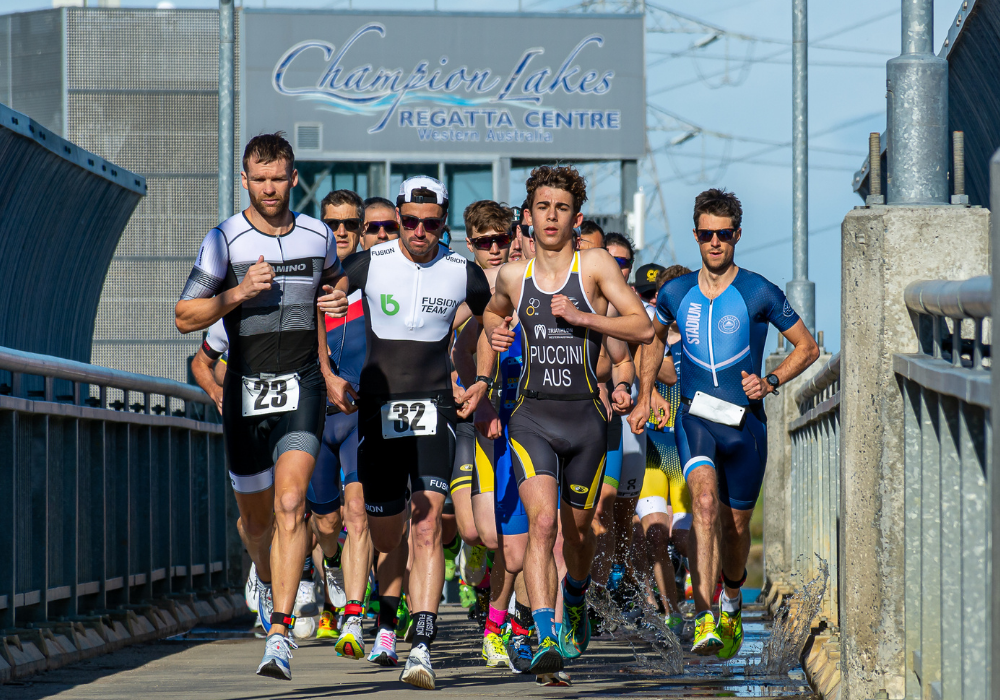 Competition is heating up after our first race of the season, the LGM Industries Bunbury City Classic, last weekend! Hot on the heels of the Standard Distance Championships – we have our second State Championships event, the EXSS Sprint Duathlon.

As Perth begins to thaw after a frosty winter, athletes will be put to the test in the warm weather at Champion Lakes. They’ll want to be well rested, hydrated and replenished ahead of what’s sure to be an incredible day of racing.

Dennis Deveraux (Bunbury Triathlon Club) and Nige Young (Perth Triathlon Club) will battle it out for top spot in the para field, with Dennis taking an early lead in the State Series rankings after a great performance at Bunbury.

The junior field is shaping up to be an interesting competition with reigning 16-19 Male Triathlete of the Year James Kjellgren-Lewis (Fremantle Triathlon Club) competing against club mate and fellow age-group Triathlete of the Year Joshua Neervoort. Abbie Crew (North Coast Triathlon Club) will be contending in the long course, giving Eva Czislowski (Break Your Limits) a run for her money.

The EXSS Sprint Duathlon races will commence at 7:50am on Sunday, 24 October at Champion Lakes Regatta Centre. With something for everyone from the novice to the experienced athlete, it is sure to be a great day of racing!